COVID-19 and the Great Rehiring

More than 25 million Americans were laid off in April, and that’s just the official count. Unofficially, some economists estimate that more than 52 percent of Americans under the age of 45 have lost jobs, hours, or been furloughed. The unemployment rate could eventually top 30 percent. That means everyone—from lawyers to waiters, software engineers to carpenters to marketers—will be affected.

Clearly, these are not normal times. So we can’t rely on the “normal” tools we’ve previously used to help people find work: the LinkedIn and Craigslist searches, coffee chats, recruiters, staffing agencies, and so on. Those methods can’t hit the speed, scale, and placement quality that companies or candidates will need coming out of this crisis. But verticalized jobs marketplaces—platforms that focus on one industry, role, candidate type, or demographic—can and will. Now is the time to be building them.

While the current focus is rightly on doing everything we can do to mitigate the health-related impact from the virus (and navigating the greater structural challenges at play), it’s worth asking what happens once the immediate health crisis is under control and tens of millions of professionally displaced people are seeking new jobs. Whether it is this year, next year, or beyond, the quicker we can get people back to work—in the best-paying jobs they’re qualified to perform—the better for workers, companies, and the economy.

Even in the hopeful scenario of a V-shaped recovery, the assumption that people will quickly end up back at their previous jobs seems short-sighted. Rebuilding the labor market is a much more complex task than a market rebound. As we rebuild, an inevitable reshuffling will happen. Businesses and job seekers will experience an accelerated sorting of talent and opportunity. But the fallout from the economic shutdown is like throwing a pack of cards in the air: you can eventually put the deck back together, but not everyone will end up in the same spot.

The challenge we face

While the gut-wrenching task of cutting back has already begun, the work of rehiring teams will also be immense. The existing hiring structure is designed for a turnover of 3 to 4 percent—so what happens when that number spikes to 30 or 40 percent?

The tools we currently have at our disposal—the horizontal jobs platforms like LinkedIn, Indeed, and Craigslist—are clearly inadequate for the enormity of the task. The average time to hire in 2018 was 38 days. Given the scale and urgency of the crisis, that’s far too long.

Too often, the existing online jobs platforms are a futile exercise in imprecise drop-down menus and trial-and-error search terms just to surface the jobs or candidates you’re interested in, let alone qualified for. These platforms feel like one of those all-encompassing, cross-cuisine diners with a 17 page menu: they offer a broad look at everything you might want, but don’t do any one thing particularly well. They require too much work to separate the signal from the noise, which impacts both the speed and quality of the process. It’s the classic story of a horizontal platform reaching its inevitable breaking point.

And while the typical analog avenues—networking, an endless string of “catch-up coffees,” working with a placement agency—might suffice in a regular economy, they can’t hit the scale or speed needed to meet the challenge now ahead of us. And the most efficient channels for doing so, like internal hires and recruiters, are difficult to scale.

The better way to hire

Verticalized labor marketplaces are jobs platforms uniquely designed for one thing and one thing only. That can be jobs in one industry (such as healthcare or hospitality), one job type (data scientists, software engineers), one candidate type (blue collar workers, remote developers) or one demographic (say, military vets or working moms). By focusing on only one thing, these platforms can build a tailored and seamless experience that connects the right people to the right jobs with the speed, scale, and efficiency we’ll need.

Hiring a waiter, a skilled carpenter, or an engineer are extremely different tasks. Having the feature set, user bases, and business models that cater to just one of these categories undoubtedly improves the velocity and quality of the platform. By focusing only one category, these verticalized platforms can add depth and weight that a horizontal player, by its very nature, just isn’t capable of. For example, Incredible Health can automatically pull licensing data on nurses to recommend roles and geographies where they’re able to practice. Shift can map military backgrounds to specific hiring needs while helping veterans acquire new skills, secure referrals, and master the corporate hiring processes. Flockjay can provide substantive training for would-be sales reps to speed up their hiring.

These adjacent offerings and specialized product features can make the hiring process more efficient and improve the outcomes. Hiring a nurse via Incredible, for example, rather than via Indeed or LinkedIn or an inbound application, reduces the hiring time by 3X and increases hiring rates by 25X. Whether it’s military vets on Shift, hospitality workers on Qwick or Pared, or software engineers on Hired, verticalized jobs platforms often trump more generalized incumbents.

Why now is the time

Millions of jobless Americans and companies will need the speed and efficiency of vertical jobs marketplaces. If there was ever a time to start a specialized jobs platform, it’s now. Here’s why:

Slow networks will become fast: One of the key reasons vertical jobs networks have failed to take root is that there often aren’t enough jobs and job seekers to quickly bootstrap a network. Vertical jobs marketplaces are slow networks; it can take a long time to reach critical mass for the platform to work. While there may be millions of lawyers or bartenders or engineers in the world, usually only a fraction of them enter the job market in any given year. That can create a challenge for a start-up with a couple of years of funding that is taking on an entrenched incumbent like LinkedIn or Indeed. But in the years ahead, those numbers will be much, much higher. It’s a rare instance in which a slow network will temporarily become a fast one. If unemployment ends up being over 40 percent, it means we’ll have a huge, but temporary, spike in liquidity and turnover. And in the long run, nothing is more defensible than a slow network that has already been built.

The need for speed wIll benefit vertical players: In the post-COVID world, speed will be important. Once the economy reopens, companies will need to ramp up extremely quickly. Markets that were “won” just months ago will be fought over all over again. Like race car drivers restarting after a caution flag, the companies that can accelerate the fastest out of this forced slowdown will have a lasting advantage. And in many industries, talented employees are the engine that pushes a company forward. Speed, quality, and precision in hiring will matter more than ever. The horizontal platforms won’t be able to compete. The jobs platforms that can deliver candidates most efficiently will have an advantage over deeper, but slower products.

There will be a surplus of desirable candidates and opportunities: Ordinarily, another hurdle in starting a vertical jobs platform is that they can often suffer from selection bias, especially on the candidate side. In normal times, there is the perception that the most desirable candidates and jobs never end up on specialized platforms. But in the next few years, not only will the number of candidates and available jobs be high, but the number of highly qualified individuals available will be uncommonly, if temporarily, high. Most of those being laid off or furloughed due to COVID-19 are not underperforming; it’s more likely that they’ve simply been working in a hard-hit sector or a vulnerable role. When a company is forced to let go of 90 percent of its workforce, as many have been in the last month, they aren’t differentiating based on performance. That surplus of qualified talent could flock to specialized labor marketplaces looking to bootstrap their networks. For companies and jobs platforms, the next year will present a unique opportunity to hire qualified candidates.

The mission matters: On a mission and motivational level, the jobs crisis is one of the most impactful problems to be focused on right now. Once the immediate health crisis subsides, it’s hard to imagine a more important undertaking than helping tens of millions of people get back to work.

We’re entering a unique moment in which the most efficient jobs marketplaces will succeed, not the deepest. Slow networks will become fast ones. Jobs platforms will be flooded with high quality candidates and listings. And the jobs sector will be the one of the most important things anyone is working on.

If you’re a founder, now is the time to rise to the occasion.

A ‘digital home’ for American tradespeople. 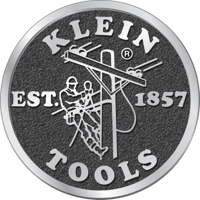 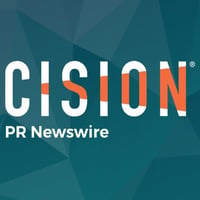